The Neutrality of State Civil Apparatus in Local Election: a Case Study of South Sulawesi Provincial Election in 2018 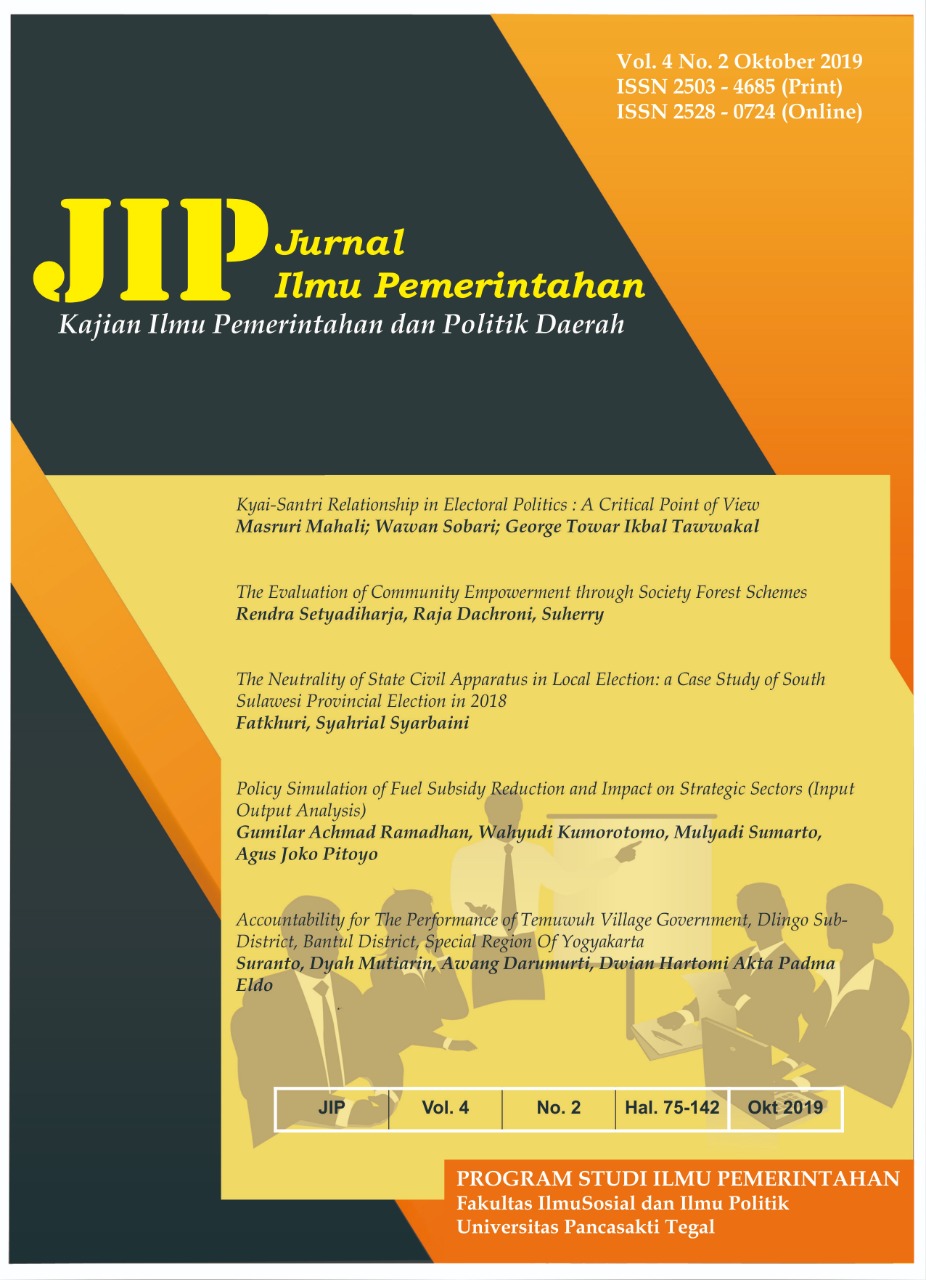 This study aims to observe the behaviour of the State Civil Apparatus (ASN) in the Regional Head Election (Pilkada) in South Sulawesi, 2018 and describe some factors which paved the way to civil servant breaking the neutrality rules. The neutrality referred to in this study is a commitment for ASN in carrying out its duties in a professional and impartial manner; and not violating conflicts of interest in their duties; and do not abuse their duties, status, power and position. This study uses a qualitative descriptive method by collecting data from various secondary information sources. The findings of this study indicate that the behavior of ASN in the South Sulawesi Regional Election can be seen from their support by actively campaigning for certain candidates. ASN generally violates neutrality because of superiors' pressure, the pragmatism of ASN's elite power, and because of ASN's (primordialism) emotional relationship with the candidate. Finally, this study offers a model of strengthening the prevention system of violations of political neutrality through the socialization of the policies massively with involving all stakehoders and inter-institutional synergy in order to resolve cases of violations of political neutrality.

This work is licensed under a Creative Commons Attribution-NonCommercial 4.0 International License.